TIL that Neil Armstrong, Michael Collins and Buzz Aldren couldn’t afford the NASA life insurance policy. Also, before launch, the three signed hundreds of autographs to be given to their families should they not return so they would have valuable memorabilia to sell.

I don’t think most people realize how terrifying the Moon Landings were. They look back at it, and see this great achievement in human spaceflight but don’t grasp the gravity of the situation. (No pun intended)

OP mentions Michael Collins, who is often forgotten. He was the third member of the Apollo 11 mission, who manned the Command Module whilst the other two landed with the Lander Module. People might hear that and thing he got the short end of the stick, but honestly… I’d argue the opposite. At 20:17:40 UTC on Sunday July 20 1969 the Landing Module touched down on the Moon. Neil Armstrong and Buzz Aldren spent 21 hours, 36 minutes on the surface of the Moon before beginning ascent to rendezvous with Michael Collins in the Command Module.

This is where things get unnerving. The thruster used on the Lunar Ascent Propulsion System used a hypergolic fuel, which is a fuel that spontaneously ignites when the fuel and oxidizer meet. Hypergolic fuels are useful for when spacecrafts need reliable ignition or repeated ignitions, however they’re nasty things. The specific fuel used for this thruster was a mixture of Aerozine 50 and Dinitrogen tetroxide. These are incredibly toxic, and more importantly incredibly corrosive. In fact, they are so corrosive that once you fire an engine you essentially have to completely rebuild it in order to reuse it. This means that the engine on the Lunar Ascent Propulsion System had never been fired before.

That engine was their bridge home. If it failed, they would be stranded on the surface of the Moon. As mentioned the Moon Landing lasted roughly 22 hours. For twenty two hours the two astronauts were on the moon, completely unsure if the never-before fired thruster would even fire up. Completely unsure if they’d be able to go home.

This picture shows the entirety of the human race on January 21st, 1969. All of it except the man who took it, that is. Micheal Collins stayed back on the Command Module during the mission to await Aldrin and Armstrong’s return… or potential lack thereof. This earned him the title “The Loneliest Man in the Universe”. For about 50 minutes for each orbit around the Moon Collins would be out of contact with the earth. That means for about 50 minutes during each orbit he’d have no way to contact any other human, completely alone over 230,000 miles from earth. For roughly 50 minutes during each orbit Collins had no clue whether his fellow astronauts were still alive, and them not returning was a very real possibility. Orders were in place that if the other two could not return to the command module that Collins would return alone.

This wasn’t just some disaster protocol either. This was a very real possibility. Both the astronauts, and NASA were very much prepared for it to happen. So much so that Richard Nixon, the president at the time, had a speech prepared if it were to happen. It doesn’t sugar coat it. It starts off

“Fate has ordained that the men who went to the moon to
explore in peace will stay on the moon to rest in peace.
These brave men, Neil Armstrong and Edwin Aldrin, know
that there is no hope for their recovery.“

If that isn’t bone chilling, then I’m not really sure what is.
People often romanticize space exploration, but back then, and even today, well… this is the reality of it. All of that is what astronauts go through. 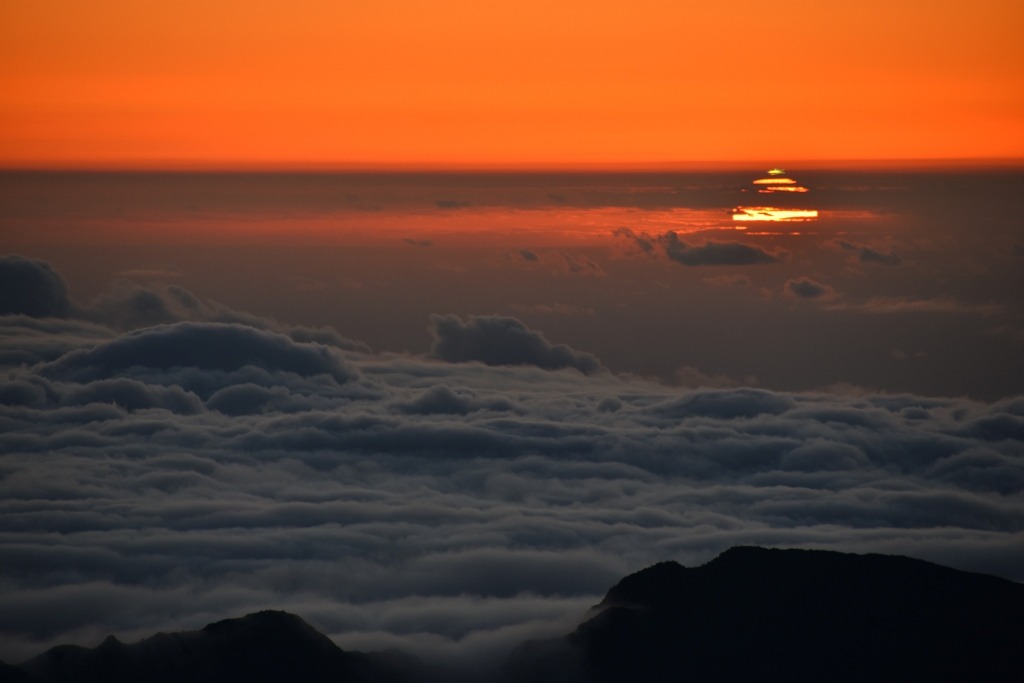 A Green Flash of Spring via NASA http://ift.tt/1RKyvGz